When not using one of the official logos below or the band name is part of written content please adhere to the following brand guidelines.
The band name must be written as one word using a capital letters at the beginning for each section as follows: DeadBlondeStars 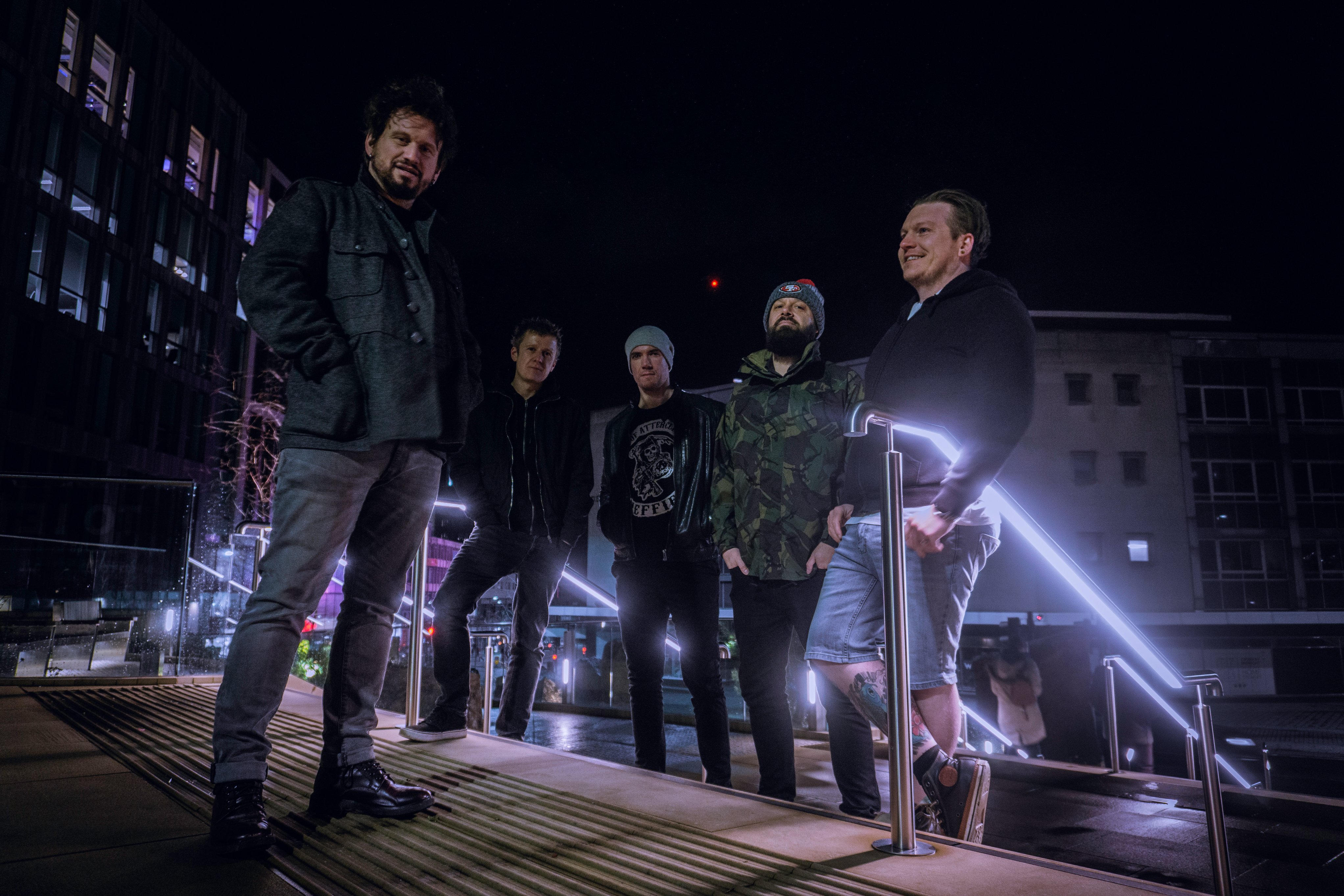 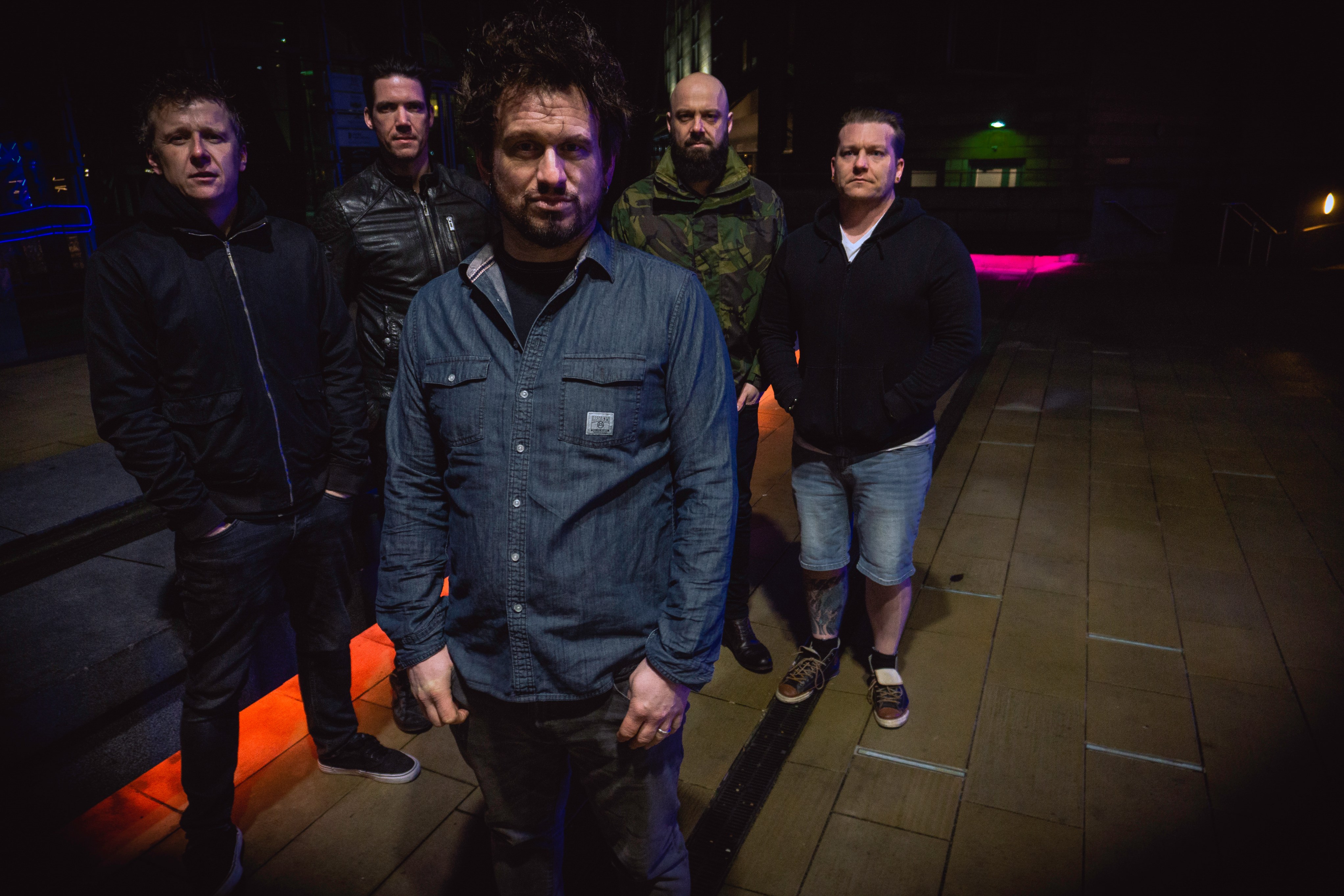 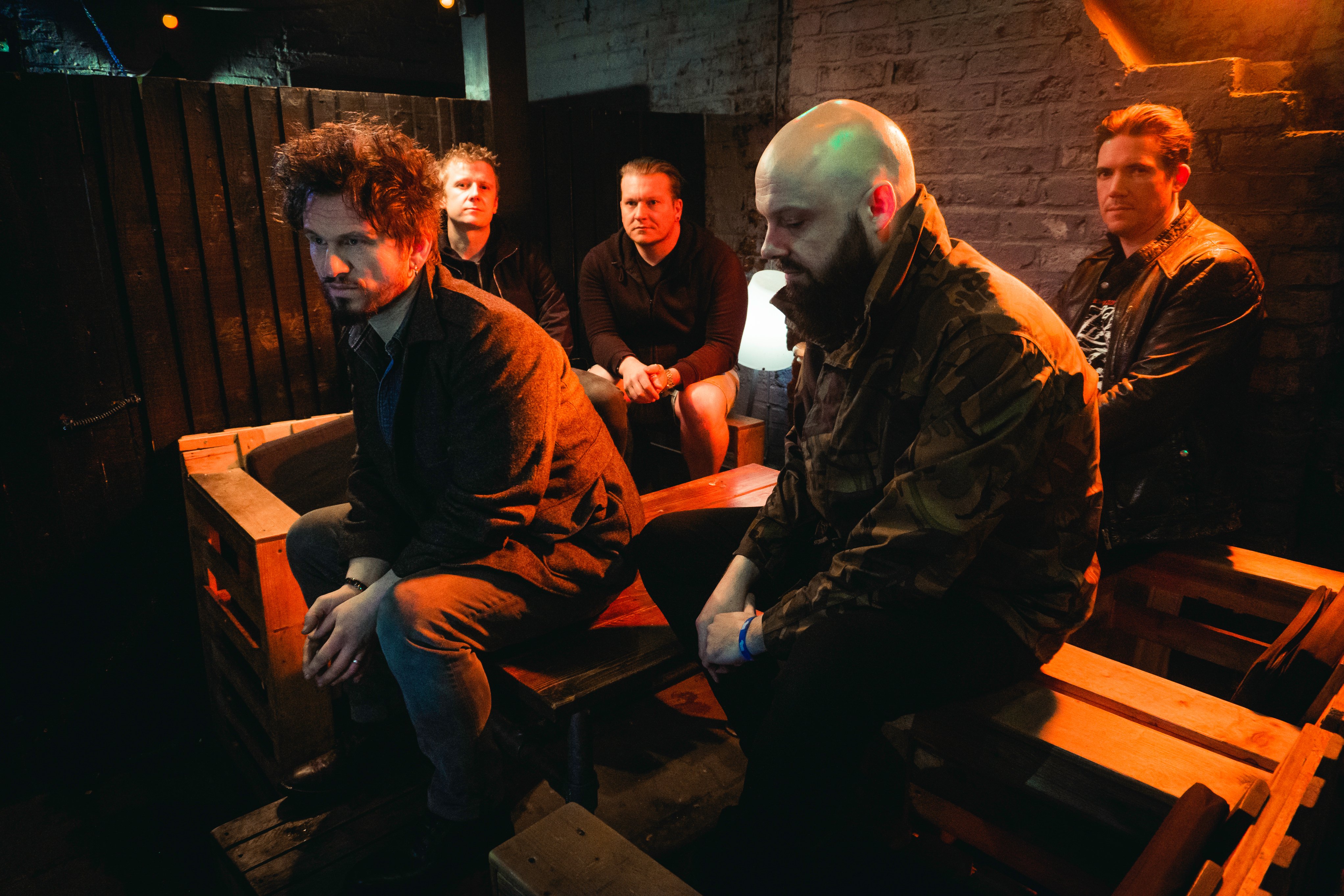 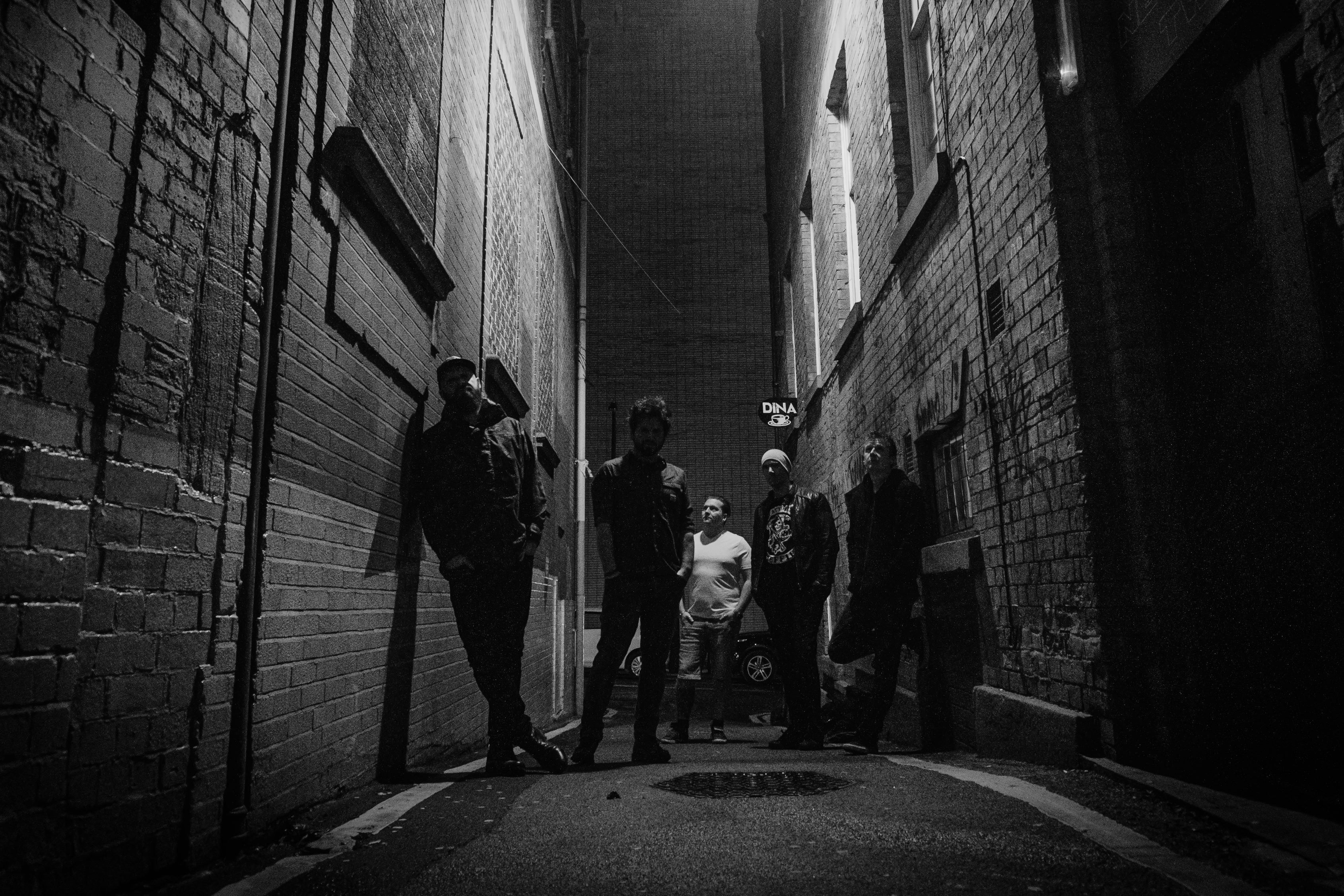 South Yorkshire grunge/alternative rockers DeadBlondeStars have been performing together for a number of
years, building a reputation as one of the area’s finest live rock bands. They released EPs in 2015 and 2018,
before finally releasing their well-regarded eponymous debut album in May 2020 (7/10, Classic Rock
Magazine).

With COVID 19 bringing the world grinding to a halt shortly after the release of their album, DeadBlondeStars
took to the airwaves in pursuit of wider acclaim, with radio airplay reaching far and wide across the globe. Like every independent band, few opportunities for live performance during the pandemic left the band isolated
from their audience. This led them to film live performances of tracks from the album and distribute them via
social media. The enforced downtime also gave the band time to write, refine and record around 30 new
songs, before whittling them down to an album’s worth of new material.

Once live music returned, the band secured slots at some of the UK’s finest grassroots music festivals in 2022, including Rock & Blues in Derbyshire, Rockin’ The Bowl in Sheffield and Wildfire in Scotland. Continued
involvement with independent radio stations helped DeadBlondeStars reach a new audience, with the
listeners of Great Music Stories Radio voting DeadBlondeStars their band of the year for 2022 (previous
winners include Massive Wagons, Those Damn Crows, Scarlet Rebels and Amongst Liars).

Moving into 2023, and with the inertia of a global pandemic fading into the distance, the new DeadBlondeStars album “Metamorphosis” is scheduled for release on 3rd February 2023.

“The band have just the right mix of sledgehammer nut-cracking and filigree, aching self-absorption,
and they mark themselves out immediately as a band that not only grasp these concepts – they
know how to implement them bloody well, too…” – Gavin Strichmann, Sentinel Daily

“This new album is a powerhouse – the definition of hard rock for a modern age, with a brooding
darkness, raw menace and tension that fits the troubled times we live in.
What stood the DeadBlondeStars release out was it was so individual and uncompromising in its
approach and muscular in its musical identity.” – Guy Bellamy, Great Music Stories

“DeadBlondeStars should be massive if not for a pandemic and other natural forces. They have an
amazing sound that can literally be appreciated by fans of any decade of rock.
DeadBlondeStars in general are heavier than the 90’s grunge bands. They haven’t been watered
down and lead into a more alternative sound. They have kept a Black Sabbath “thickness” and pay
homage to the heavy bands of the 70’s as much as they do the 90’s. Here’s the kicker, they sound
very fresh and modern and ready for today’s active rock radio” – Doug Groff, Rock You Show 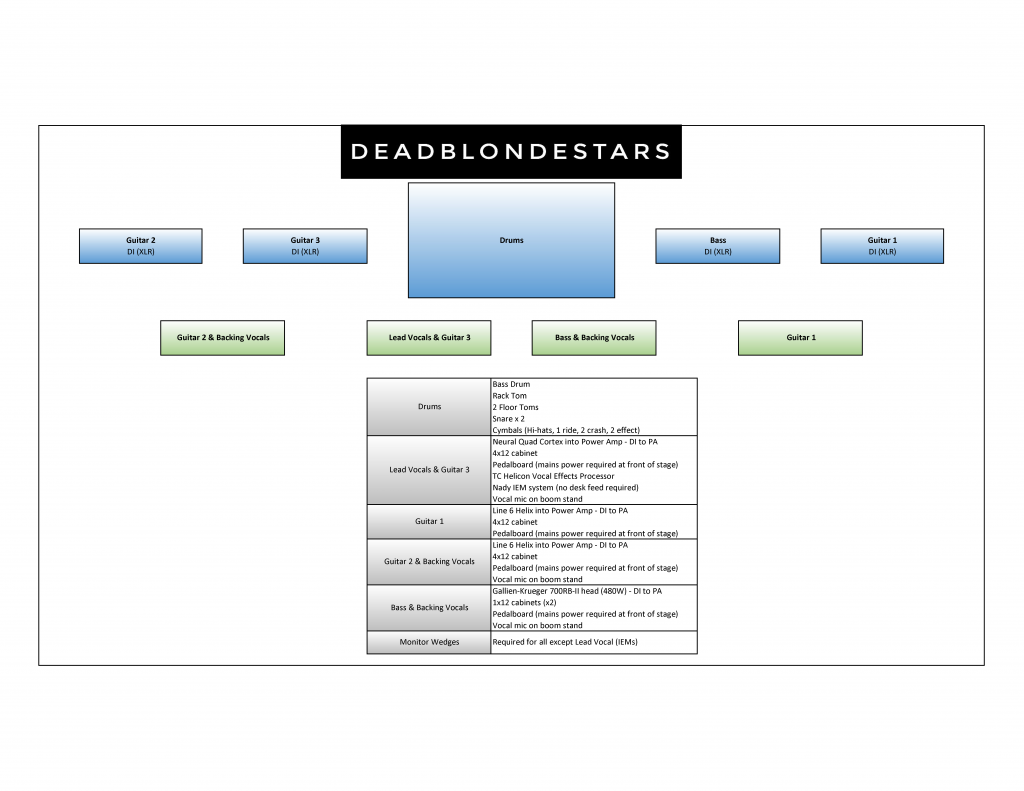 © 2011 - 2023 DeadBlondeStars | All Rights Reserved
We use cookies on our website to give you the most relevant experience by remembering your preferences and repeat visits. By clicking “Accept All”, you consent to the use of ALL the cookies. However, you may visit "Cookie Settings" to provide a controlled consent.
Cookie SettingsAccept All
Manage consent

This website uses cookies to improve your experience while you navigate through the website. Out of these, the cookies that are categorized as necessary are stored on your browser as they are essential for the working of basic functionalities of the website. We also use third-party cookies that help us analyze and understand how you use this website. These cookies will be stored in your browser only with your consent. You also have the option to opt-out of these cookies. But opting out of some of these cookies may affect your browsing experience.
Necessary Always Enabled
Necessary cookies are absolutely essential for the website to function properly. These cookies ensure basic functionalities and security features of the website, anonymously.
Functional
Functional cookies help to perform certain functionalities like sharing the content of the website on social media platforms, collect feedbacks, and other third-party features.
Performance
Performance cookies are used to understand and analyze the key performance indexes of the website which helps in delivering a better user experience for the visitors.
Analytics
Analytical cookies are used to understand how visitors interact with the website. These cookies help provide information on metrics the number of visitors, bounce rate, traffic source, etc.
Advertisement
Advertisement cookies are used to provide visitors with relevant ads and marketing campaigns. These cookies track visitors across websites and collect information to provide customized ads.
Others
Other uncategorized cookies are those that are being analyzed and have not been classified into a category as yet.
SAVE & ACCEPT
Register Interest Let us know if this product is something you're interested in us stocking.